The first season was naturally not that long as I got the car in August. An 80th birthday in Eastern Norway was a good excuse for a long trip. I did not remember finding greater pleasure from a weekend trip from Trondheim to Kongsvinger. Heading north again on Sunday the weather was glorious and the trip went through Rendalen valley. During a lunch break north of Rena, two motorcyclists came over and had a chat. That did not happen when we drove a station wagon.

A break after miles and miles on low traffic road. Wonderful to feel the car sticking to the tarmac and acting on directions from steering wheel and pedals. 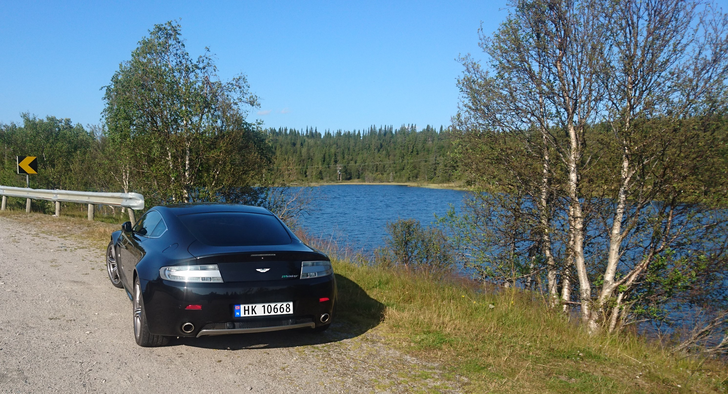 Towards the end of the short season, I also managed a trip with a like-minded. Via mutual acquaintances, we met just after both of us had gotten an Aston Martin. In a parking lot in Lensvik, we found ourselves in the middle of the election campaign, and two politicians came talking to us instead of picking up voters.

It is a very special feeling to sit inside such a car, and see its lookalike in the rear view mirror. 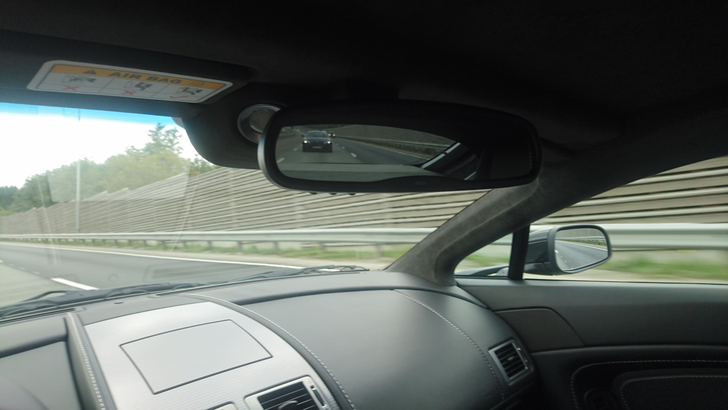