A certain amount of work is required for imporing a second hand car. Upfront, all theory was studied. Part 1 in the customs office went fairly well, despite Russian papers and some uncertainty around the first date of registration. VAT was transfered to the right authorities. Part 2 at the road authorities went even smoother. The same uncertainty about the first date of registration, but with the assistance of a Russian speaking employee another place in Norway, the officer could conclude on a date. Fortunately for me, since half a year difference would mean a considerably higher registration fee. Again money was transfered to proper authorities and I got plates for the car. Happy about the result, I could set course home. After approximately twohundredandsixtynine meters a small warning appeared. 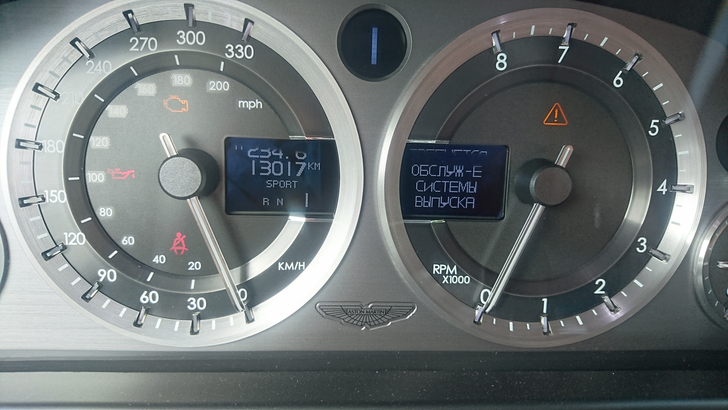 Sligthly worrying to get this straight after the car was approved. Was something forgotten? Not that I am very fluent in Russian, so I had to turn to the seller in Hamburg, who in turn turned to his Russian wife. Something about emissions, was the verdict from the translator. The car went as it should as far as I could judge, and I drove on with a small worry that I might have to return to Oslo or even to Hamburg for my first maintenance of an English car. After some planned food, fuel and photo stops along the valleys to the North, the warning disappeared, to my great relief.

The warning had anyway pointed its invisible finger to an important point. It would have been an advantage to have both warnings and menus presented in a language and with letters I know better than Russian. My general education got a small lift as I recognized some similarities between the Russian letters and Greek letters, but truth be told, I am not that fluent in Greek neither. Thus into the menu settings. 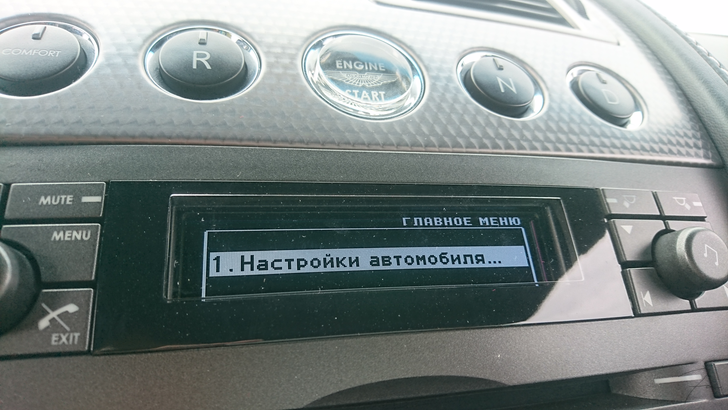 This is the main menu. A gamma and lambda, followed by a regular a, before a v and n camouflaged as a b and h. GLAVNOE menu. Settings for automobile; АВТОМОБИЛЯ. Clearly there is some risk related to changing anything in this menu. Could end up with everlasting perestrojka music all the way home.

A few searches at the internet later, it is evident that the menu language is welded to the software, and has to be burnt in again at an authorised dealer unless I want to register for Russian language studies. By careful steps at least I found how to delete Evgeniys iPhone from the Blue tooth fairy.