Trust is everything in the second hand car market. Money was transfered. I felt the seller had more to lose than me if they screwed it up. The method is not recommended for risk averse people. The day before my flight to pick up the car, I got a phone call from the seller. He explained about a minor issue that had to be corrected before delivery. Good for me that they found and took responsibility for this. A couple of days later came a new call. The mechanic that were to fix the fault, had found another and more serious issue. Further delays, before they concluded that the car was irrepairable and had to cancel the contract. I got the choice between money back or wait for another car. 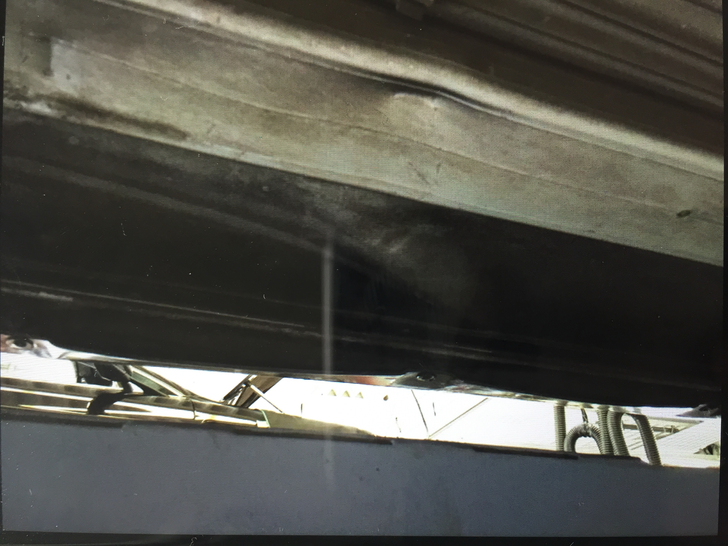 The picture shows clear dents in the aluminum frame that surrounds the cabin. How bad can it be, I thought and approached my friend the NTNU professor who knows more about aluminium than I do. Hard to say how much impact it will have, but the frame protects the cabin in case of a collision. I called Insignia in Oslo too, to check if it was impossible to replace the part. They once had a case where a car was condemned because of modest damage to the frame construction. Better wait for another car.

WARNING: The car was sold heavily discounted due to the damage, and suddenly it surfaced at a dealer in Holland, at twice the price and without a word about the damage. Chassis number SCFBF03C99GC11445 shoud you stumble upon it in the market.